Foie Gras on the Wing

We spent eight relaxing days in southwest France with our good friends Dave and David (the same global duo we traveled with in Brazil).

This was in the historic Dordogne Region, a quiet, agriculturally rich area with great food, well-preserved medieval towns and villages, and castles and chateaus.

Dave and David rented a quaint country house in the town of Le Bugue.  They invited us to join them there for a few days on our way to Paris.

We really enjoyed Le Bugue.  Although not as ancient as some of the other towns we saw in the Dordogne Region, it is a well-preserved 18th Century village.

n top of that, my 24 year-old son Mark has been traveling in Eastern Europe and agreed to fly over to join us for a week in France.

Mark has always had a sophisticated palette for someone so young, so he was in heaven when he

discovered that Le Bugue is basically ground-zero for foie gras production in France.  While the specialized raising of geese for the production of huge livers is legitimately controversial, the taste and texture is simply amazing. Several stores in the small town of Le Bugue specialize in selling this delicacy, processed into a smooth, buttery pate and packed in gold cans.  The gold color gives you some idea of the cost.

Life was easy in Le Bugue.  Most days we would pick a nearby town to explore.  It typically would coincide with their day on a rotating schedule of local open air markets.  This would allow us to find fresh produce around which to build meals.

We also spent time wandering around Le Bugue itself.  It is a really charming old town.  Our house was uphill, a pleasant short walk from the center of the village. 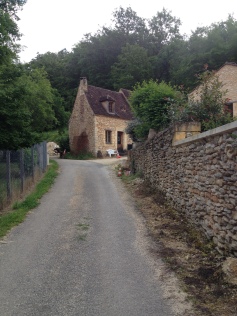 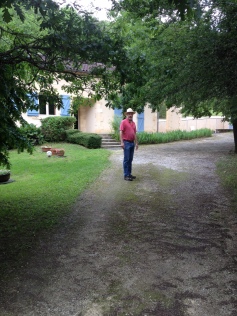 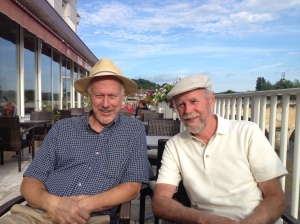 It was a rainy spring in France, and all the rivers were unusually swift and swollen.  Our little cottage had been shut up all winter.  The cupboards and drawers where the plates and utensils were stored were all moldy.  We had to wash everything before using.  Accordingly, we dubbed the place “Chez Mille Dieu.”  (Get it?)  Even still, it was a great base from which to explore this wonderful region. 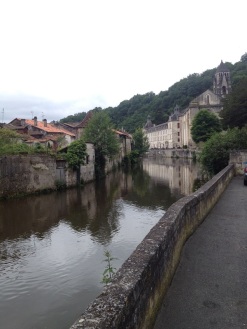 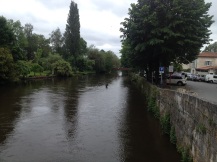 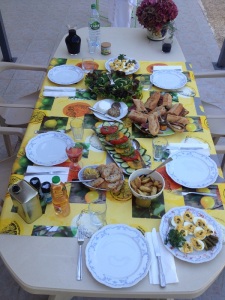 In addition to eating, we also visited some amazing nearby locations.

In the town of Beynac-et-Cazenac, we discovered a majestic 12th century castle perched on a hill high above the river.  They have spent the last 50 years restoring the place.  Not only was the castle in pristine condition despite being 900 years old, but we had the place pretty much to ourselves.  It was a rare treat to roam around freely without velvet ropes and crowd control. 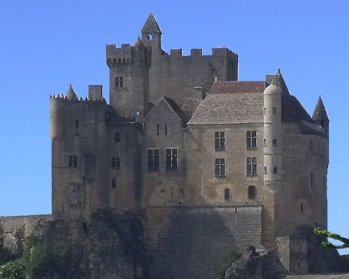 On one of 0ur last days in LeBugue, we went to a quaint little amusement park Le Bournat, a recreation of an early-Twentieth Century rural French village.  The highlights included antique games and amusement rides, a working wheat windmill, and a very talented sheep dog that took turns driving sheep and then geese through the grounds. 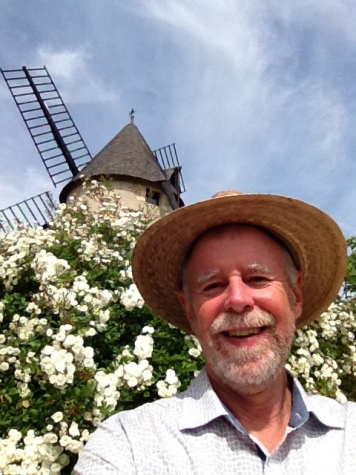 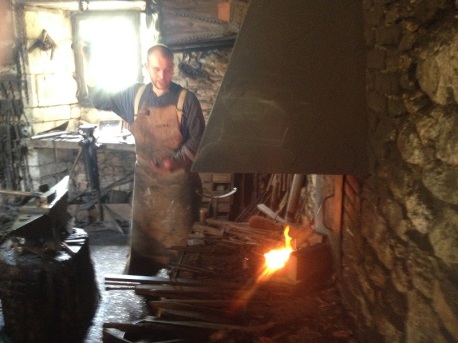 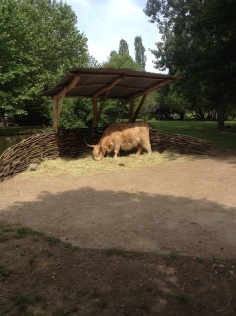 As before, we are immensely grateful to our friends Dave and David for sharing their inspired vacation ideas, and for extending such generous hospitality.  And we especially appreciated the fact that Mark came to join us and help these two old dads make so many great memories.