Forty Years On: Remembrance and Celebration

Our visit to Buenos Aires coincided with Argentina’s National Day of Remembrance for Truth and Justice.  The date, March 24, 2016, was the 40th anniversary of a military coup in 1976 that overthrew democratic government and installed a brutal dictatorship. 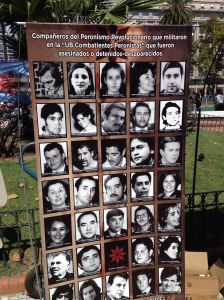 During its 7-year reign, the military government in Argentina detained, tortured and killed an estimated 30,000 civilians. Anyone suspected of leftist political sympathies was vulnerable.

This was known as “the dirty war” in Argentina.  It was an era of totalitarian governments throughout much of Latin and South America.

Today, in contrast, both Argentina and most of the countries in the region have emerged from this dark period.  They  have restored democracy and a republican form of government.

Embedded in the sidewalks all over Buenos Aires are plaques marking various locations where people were abducted by the death squads.  Other plaques show the locations of detention centers, scattered around the city, where the victims were held and tortured before being killed.  These plaques are emotionally powerful.  They are tangible reminders of the terror inflicted by the military government.  Here are a few samples: 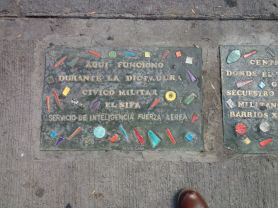 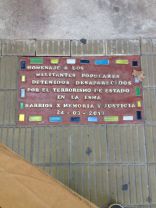 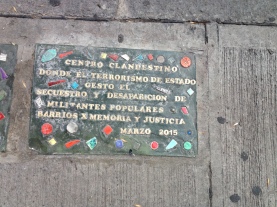 The largest of the detention centers in Buenos Aires, on a campus formerly used by the Argentine navy as a training facility, has been converted into the “Espacio Memoria y Derechos Humanos” (Remembrance and Human Rights Center).

“The Madres of the Plaza de Mayo” — mothers of the “disappeared” as they were called — began demonstrating peacefully during the height of the military dictatorship, in the plaza in front of the Casa Rosada, Argentina’s presidential palace. They demanded information about the fate of their loved ones, and fair trials and humane treatment of prisoners in accordance with international human rights standards.  Their symbol was a white head scarf, worn by each of the mothers in silent protest. 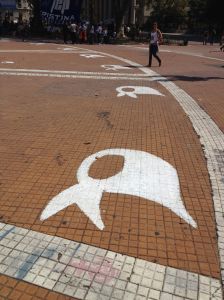 Against what surely must have seemed like impossible odds, the Madres witnessed the fall of the military dictatorship.  Its key leaders were tried, convicted and imprisoned.  Democracy was restored. Investigations continue into the disappearances of victims taken by the regime.

President Obama, accompanied by his family, made a state visit to Argentina while we were in Buenos Aires.  During his visit, the President pledged to declassify documents from the 1970s concerning the U.S. Government’s role in promoting the military coup and supporting the dictatorship.  NY Times article

The President’s visit, overlapping as it did with the 40th anniversary of the military coup, met with some opposition in Argentina, as these pictures illustrate. 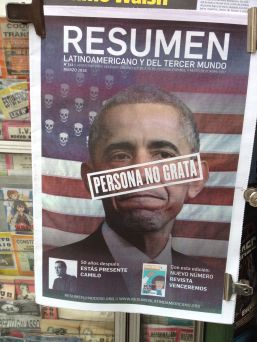 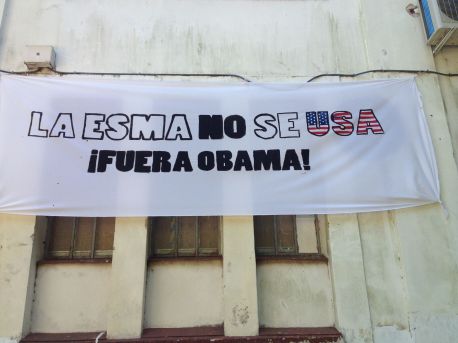 Today, it feels as if a hopeful new era has arrived, not just in Argentina but throughout Latin America.  Democracy and respect for human rights have become the norm in the region.   It is quite remarkable.

To be sure, all of these countries, including Argentina, face daunting challenges in providing employment, economic prosperity, public safety and education for their people.

But these concerns were pushed to the background during the week of the March 24 Day of Remembrance. 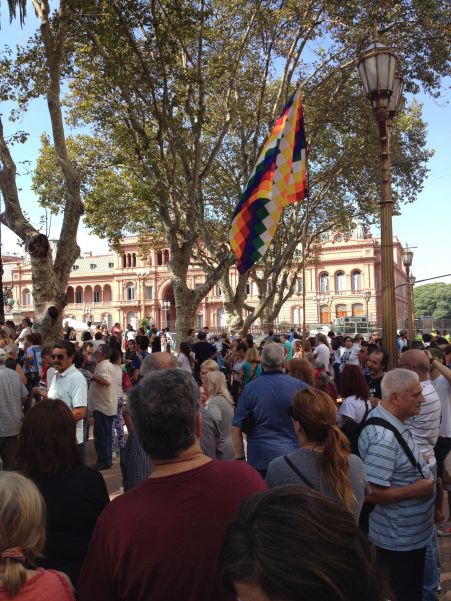 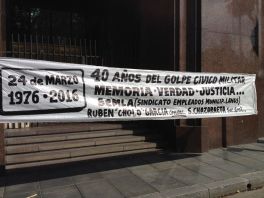 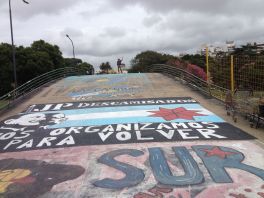 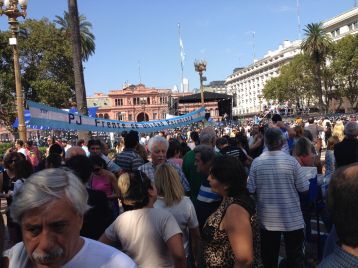 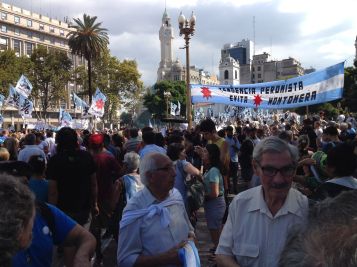 It was a glorious time in Buenos Aires, the weather was beautiful, and the streets of the city were alive with celebration and the beating of drums.

Freedom of expression and political protest, outlawed during the military dictatorship, have come roaring back in Argentina. 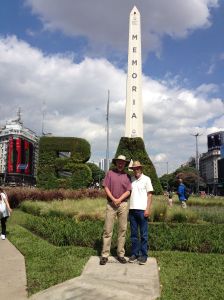 We were privileged to be able to witness the festive mood on the Plaza de Mayo and the streets of Buenos Aires for the Day of Remembrance marking the 40th anniversary of the coup.

A people who lived in darkness have seen a great light:  Joy has returned.

That was the distinct feeling on the streets of Buenos Aires on March 24, during our first visit to this wonderful city.