Italy was hot, Britain was not.  It was that simple, our calculus.

Faced with the prospect of mid-summer heat — and crowds of tourists — in Italy and throughout the Mediterranean, we set our sights on the United Kingdom.

Last summer (2016), we spent three-and-a-half weeks driving around Ireland.  This summer we decided to give the UK a shot.

Road trip!  Driving on the left!

Searching the web for recommended itineraries, we found that Rick Steves laid it out the best.

Here is a map originally produced by Rick, modified to show our actual itinerary.

Having been to London before (especially Brian, who used to go to London all the time on business), we decided to skip London this trip.  We opted to fly into an airport in the outskirts of London and then immediately catch a train to Bath.

After visiting Bath for a few days, our plan was to pick up a rental car there and commence our driving tour of the UK.

Our grand tour of the UK got off to a comical start.

We missed our connecting flight to London and were stranded for six hours in Reykjavik, Iceland, waiting for the next flight out.  Instead of arriving in London in mid-afternoon, with plenty of time to catch the train to Bath, we would not get to London until dinnertime.

This is where the comic part comes in.

We decided we would book a room at a hotel at the airport in London for that first night, and then head over to Bath in the morning.  No need to exhaust ourselves, we thought, with a heroic effort to reach Bath that night.  We’ll just take it easy.

So, during the long wait at the airport Reykjavik, we went on line and booked a hotel room for that night at the Luton Airport outside London.

Now we could relax.

For sure, we would sacrifice cost of the first night’s stay in Bath, where we had pre-paid for a B&B for three nights, commencing that first night.

But this was a reasonable price, we concluded, for the option of not having to find our way from Luton to Bath by train, so late at night.  Bath could wait.

We emailed our landlady in Bath, to let her know about our delayed arrival.  Problem solved!

Still, we were troubled by some nagging little concern.  What was it?

Do you know that feeling when you leave home in the morning and have the vague sense you are forgetting to bring along something you will need later that day?  Invariably your intuition turns out to be right — you really have forgotten something.

If you ignore your instinct, which you might be tempted to do, you are at your peril.

That was the kind of feeling we were having in the Reykjavik airport, just when we thought we had cleverly solved our problem.

And then it hit us:  We were flying into Gatwick Airport, not Luton Airport!

We were flying OUT of Luton, three weeks later, on a flight to Copenhagen, at the END of our UK road trip.

Do you know that London has no fewer than six international airports?   It is understandable, therefore, that sleep-deprived passengers might mix things up.

Luckily for us, we realized our mistake within minutes after booking the hotel at the wrong airport.  We telephoned the booking agency and were able to cancel the booking at no charge.  Then we went back on line and booked a room at Gatwick.  Whew!

The hotel at Gatwick was modern and pleasant.  We enjoyed a late dinner of fish-and-chips at a restaurant in the lobby.

From our room we had a great view of the tarmac in the airport, just below our window.

We slept peacefully through the night in our comfortable room.

In the morning, we awoke, refreshed, and without any further misadventure caught the train from Gatwick to Bath, with one easy connection.

We never did see the City of London, not on this trip.

Bath, England, was founded by the Romans and centered on the natural hot springs in the area.  The healing waters in Bath made it a desirable retirement location for Roman soldiers.  The Roman Baths have been excavated and are in remarkably good condition.

In the Eighteenth Century, Bath became a fashionable destination for wealthy and middle-class Brits, as the hot mineral waters were thought to have healing powers.  There were, of course, no cures for cancer, tuberculosis, gout, or numerous other serious ailments.

To make things worse, people in those days also consumed a lot of lead, from make-up and wigs, and from wine, rum and cider from lead-lined containers.  They suffered chronically from the ill effects of lead poisoning.

So, to spend a month or two each year relaxing in Bath, soaking in and drinking the waters, was about all they had.  Their relief may have been temporary, but the town flourished.

Tract upon tract was developed with elegant homes.  They were all faced with beautiful, blonde-colored sandstone native to the region.

Alas, Bath’s period of prosperity, like the relief experienced by the bathers, proved only temporary.  During the Victorian Era, it became fashionable to spend time at the ocean.  Blackpool and other seaside resorts flourished, while Bath fell out of favor. 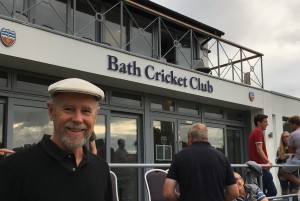 As with so many beautiful towns which capture a past period, a hundred years of decline served to preserve more-or-less intact Bath’s unique 18th Century architecture and charm.  It is a UNESCO World Heritage City.

Today, Bath is a delightful place to visit, very popular — once again — with mostly English tourists.

After three relaxing days wandering around Bath on foot, we checked out of our B&B on Marlborough Lane, picked up a rental car, and began driving north. 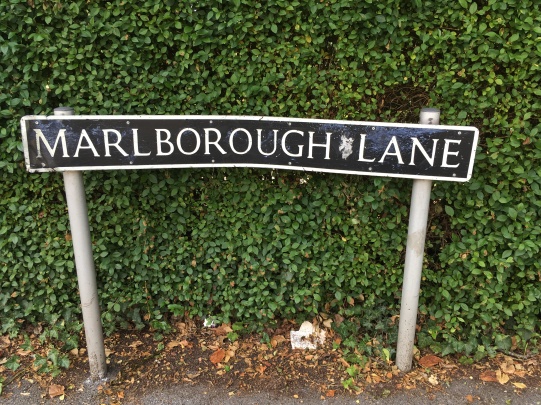 Next stop, the Cotswolds.