As a lead-up to our year abroad, just a couple of weeks before we were scheduled to vacate our house in San Rafael, California, and depart for our first foreign destination (Costa Rica), Brian and I had a memorable week together in Palm Springs. The occasion was Brian’s 60th birthday in late January 2016.

Planning for Palm Springs: For ages, a dream for me and Brian – my husband and constant companion – has been to get all of our now-adult children and other close family together at a destination for a family vacation. But it takes time and a lot of planning to organize such a gathering. Somehow neither of us has gotten around to it. The last time we had even a quorum of our kids under one roof, away from our own home, was ten or more years ago in Capitola, California, a beach town near Santa Cruz, where we used to spend a week every summer when the kids were teenagers or younger.

Ten years ago, when Brian turned 50, I organized a surprise party for him at the Elks Club in San Rafael, the town where we live. Everyone agreed it was a brilliant success. We a full dinner, open bar, dancing – and an ensemble of people from every corner of Brian’s life. I managed to get 75 people to wait quietly in a small ballroom at the Elk’s Club, an old, spacious Victorian era mansion just up the hill from our house. They all shouted “surprise!” when Brian, pretty much unsuspecting until the last moment, walked into the room. Everyone was there – his parents, Wally and Joanne (now deceased), his sister Kris, our various kids and their cousins and friends, Brian’s poker group, people from the gay church we were attending in those years, my brother and his wife, and even Brian’s ex-wife, Tina. The party was wonderful. Everyone mingled easily and had lots of fun. On the night of the event, the party flowed effortlessly.

So, this year (2016), as Brian turned 60, I was determined to surprise him once again, and to make it yet another party that everyone would remember as yet another brilliant success. With help from Jaime, my son Connell’s fiancé, as well as from my daughter Naomi during her visit home from Chicago at Christmastime, we settled on a plan of renting a house in Palm Springs, California, 100 miles or so east of Los Angeles.

Palm Springs is among the most beautiful and unique places I have ever seen, maybe even in the world at large. A ridge of mountains soars up nearly 9000 feet above the valley floor where the city is situated only about 500 feet above sea level. It is amazing to be able to see up from a level low spot to such an enormous height, and conversely, from the top of the mountain, the view down to the valley below is truly majestic.

Palm Springs itself is home to a large gay community, both lesbians and gay men, many of them retired from larger cities, especially Los Angeles, New York and San Francisco. Brian and I are a married same-sex couple – we are two men in love with one another – and if you somehow have not discerned that already, well, then now you have been informed – and we enjoy being in an environment in which our relationship is understood and respected.

Palm Springs also has the virtue of being a convenient destination for people from the San Francisco Bay Area, where most of our family and other prospective guests live. It is only a one-hour flight from San Francisco.

A final aspect that is appealing about Palm Springs is the typically mild weather in January. Although the weather a bit later in the season – late February through March – is more reliably warm and comfortable, January is also a good time to visit, with a decent chance of fair weather. (As it happened, the weather during our visit was fair indeed.)

So, for all these reasons, Palm Springs was really an ideal choice for a big destination-type party for Brian’s 60th birthday. But the truth is, I am completely indebted to Jaime and Naomi, those two vivacious, intelligent and thoughtful young women, for helping me come to this realization. As brilliant as I am, and as obvious as it now seems in hindsight, the choice of Palm Springs did not occur to me on my own.

There were three main elements to the planning for the Palm Springs event. The first was booking a vacation home large enough for what I anticipated would be a large group of 15 or more people as overnight guests, and capacity for yet more people who might attend the party but stay elsewhere. Jaime sent me links to several such properties on the Vacation Rentals by Owner (VRBO) website, and I picked one that was recently remodeled and a little pricey. It ended up being perfect for us.

The second element of our planning, which again Jaime took the initiative to begin finding, was a caterer for the party itself. We found a barbeque caterer whose approach suited us perfectly – knowing also that Brian himself really enjoys barbeque. The caterer’s business plan is to bring a large barbeque on wheels along with all the food, and set up the cooking outdoors on the premises where the party is located.

The third major element of the planning was travel arrangements for all the family members. We had Naomi coming from Chicago, by way of Los Angeles, Katie, Chris & Benson (Brian’s daughter Katie, her husband Chris, and our one-year-old grandson Benson), Connell and Jaime (my older son and his fiancé), Mark (Brian’s son), Kris Kenoyer (Brian’s sister). Those were all the air transportation arrangements I had to book, along with flights for Brian and me. Meanwhile, our nephew Andrew and his girlfriend Miranda were able to drive over from Los Angeles (along with Naomi). Likewise, as it later happened, Brian’s niece Amanda and her boyfriend Doug also drove from Los Angeles. We had other guests as well who needed to travel to Palm Springs – our bachelor friend Doug Heaps, our friends Barbara Buckley and Barb Hargrave, Brian’s brother Tom and his wife Debbie, my cousin Cathy and her partner Tammy – but for them it was sufficient for me to inform them of the date and location of the party and they made their own travel plans.

“The party takes care of itself”  When she turned 92 years old this past New Year’s Eve, my mother hosted a wonderful party in her small apartment in Glenside, outside Philadelphia.  She had close to 20 people including all six of her surviving children, spouses, friends, grandchildren.  The next day we debriefed, discussing what a good time everyone seemed to have had.  Yes, she explained, “the party takes care of itself.”

It is really true.  Once the plans are made and the guests assembled, provided the host is having a good time, the party does indeed take care of itself.

That’s what happened in Palm Springs that magical weekend in January.  Gradually the big house filled up with guests, on Saturday night the party happened, and starting the next day the guests began leaving, until by Tuesday the house was empty again except for Brian and me.

I will let the photos below tell the story.  All I will add is that the sounds of all the voices of all these loved ones under one roof was a glorious thing to experience.  I hope we have more such occasions in years to come! 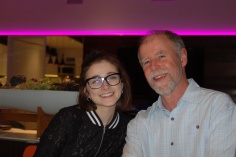 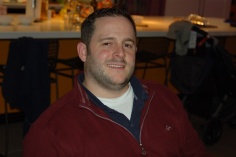 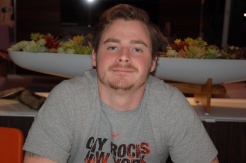 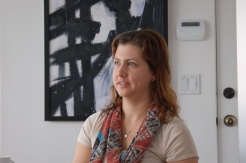 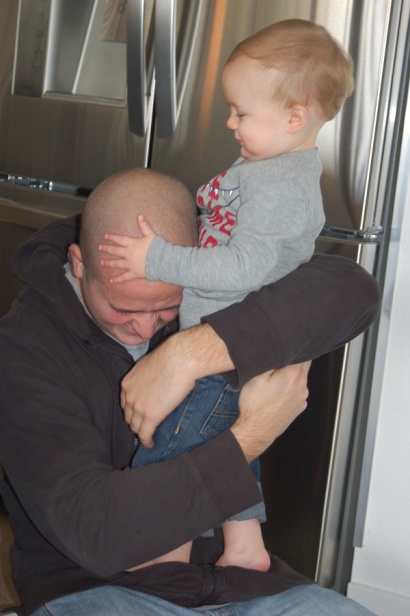 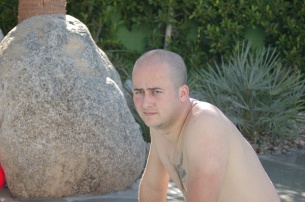 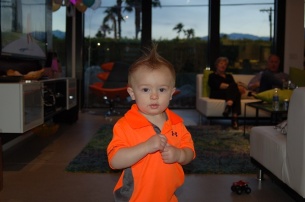 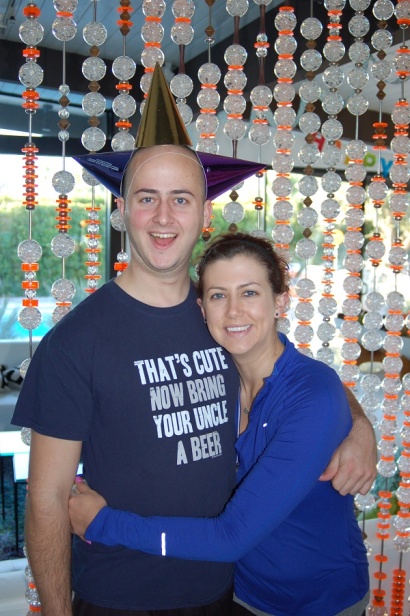 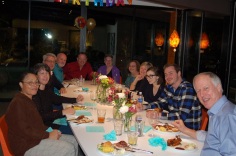